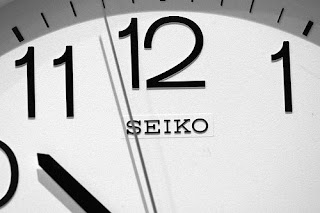 Lately, my four-year-old daughter has become increasingly interested in death. Whenever we discuss someone of historical significance--the Buddha, Jesus, Shakespeare--she wants to know if he's still alive. More often than not, the person isn't.


In the bathtub the other day she said to me, "Daddy, I want you to be around forever."

What do I say to that?

She and I have already discussed the Buddha's teaching regarding impermanence, but I never actually connected that to humans, the fact that we all die. I think she's putting the pieces together herself.

So when she said this to me, I hesitated. I was torn down the middle: I didn't want to be dishonest and assure her that I would be around forever. I could only imagine her cursing me some day in a very cinematic scene: "Damn you, Father; you said you'd always be here!"

And in the same breath, I didn't want to frighten her by teaching her about death too early.

These are the types of parenting dilemmas no one ever teaches you how to handle. In Lamaze class--the closest thing to a parenting class I took--when the teacher asked if we had any questions, my hand should have shot up. "Ahhm, yeah. How much time do you have?"

Back in the bathroom with my daughter, I answered her in a very forgettable way and then changed the subject to a birthday party we had coming up. Admittedly, not one of my most creative or eloquent moments.

Then a couple of minutes later she said, "Daddy, why can't I hold onto water?"

I looked down and sure enough, the water was escaping through her cupped hands. Here was the perfect response to her statement about living forever. She'd found it herself. It almost felt staged, like a scene in a book. Part of me wonders if she wasn't aware of the connection, on some level or another.

Because you can't withstand time any more than you can keep water in your hands. It's always moving, and so are we. But how was I going to explain that to her? And why reopen the whole death subject, now that it had passed?

And with that I just sat silently. Not the powerful silence of Vimalakirti, but the awkward one of a parent who doesn't know what else to say.