Dharma talk - Look in the Mirror

Life is as simple as just seeing clearly, without the veil of judgments and criticisms. Just seeing, just hearing, just smelling, without adding a single thing.

Posted by Unknown at 5:23 PM No comments:

Marcel Proust captured the spirit of Zen so well when he wrote, "The real voyage of discovery consists not in seeking new landscapes, but in having new eyes." When we just see, just hear, just smell, without the conceptual overlays that so often complicate our raw experiences, then there is no good or bad, not judgment and evaluation.

Every experience is part of the great mystery. If only we could look at the world with this young man's wonder. Please excuse some of of his language, but he is colorblind and, with the help of his EnChroma sunglasses, is seeing many colors for the first time. He is very excited. 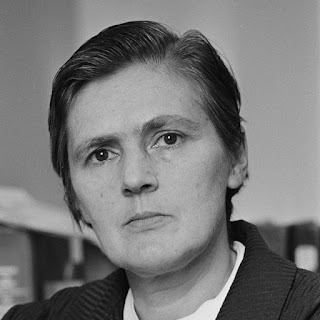 Right now it's chic to dislike the government; in fact, in some circles you are considered a fool not to. Yet it is so easy to overlook the ways in which we rely upon it every day. Fresh food, highways, the internet, police enforcement, the military, education, OTC drug regulation--you name it, all of these aspects of our lives, like it or not, are impacted, if not downright possible, because of the government.

The complex world that we live in--in which very few of us grow our own food, make our own clothing, dispose of our own garbage--demands that we rely ever more visibly on others.

When I take an aspirin because I strained my back working in the garden, I'm assuming that the drug is safe. And it is, because it has been tested and regulated by the FDA. The internet that I am using to blog right now was subsidized by the U.S. government; the roads that I drive on were commissioned and contracted out by the state of NJ.

Here is an amazing example of the often unnoticed help that we receive from others. It's an article about Dr. Frances Kelsey whose work for the US FDA during the 1950s kept the dangerous drug thalidomide out of the country. Despite enjoying the benefit of Dr. Kelsey's courage,  I never knew her name until this morning. The article states that,

"[the] tragedy was largely averted in the United States, with much credit due to Kelsey. ... For a critical 19-month period, she fastidiously blocked its approval while drug company officials maligned her as a bureaucratic nitpicker."


Too many people hate the government but enjoy its benefits, or worse, don't even recognize that they rely upon it every time they drink a  glass of clean water, eat a safe meal, and use their electricity. It's a form of mental isolationism.

This is not a political post about the need for government; it's a reminder of interdependence, the central teaching in Mahayana Buddhism.

We are constantly depending on others, just as others depend upon us. Recognizing those connections is vital to developing responsibility and cultivating compassion. In the Five Mountain Zen Order of which I am a member, we try to enact the Bodhisattva vow by continuously asking, "How may I help you?"

Dr. Kelsey embodied that question through her hard work and courage. She did help us and continues to do so even now that she is gone. Thank you, Dr. Kelsey.

And thanks to my wife for sharing the article with me!

I love language. I'm an English teacher by profession and have a deep respect for words, with their textures and nuances, their crevices and contours. This might sound like a paradox coming from a Zen practitioner, since Zen is so often understood to be suspicious of language. But if anything, Zen has clarified my love of language rather than diluted it.

For a while, I felt a distinct conflict between Zen's pointing to life-as-it-is, prior to conceptualization and verbalization, but I have found that conflicts needn't result in negation. They can result in deep affirmations.

Admittedly, language can be tricky, especially when we use it without critically examining it. The same, however, can be said about any tool, whether it be a chainsaw or a road map. They each have their own distinct functions, which needn't be problematic, so long as we recognize their limitations.

As I try to explore new ways of understanding and expressing the Dharma, I continually wrestle with the limits of the English language. For instance, "attaining" Enlightenment has always sounded clumsy to me, for it implies that we are achieving or acquiring something that we don't already have. "Realizing" sounds more accurate, as does "awakening," because they eliminate the awkward use of the word "Enlightenment," which is riddled with all sorts of unintentional baggage.

"Attunement" sounds much more exact than "attainment." We attune ourselves to our true nature in much the same way as a radio attunes itself to a certain frequency of radio waves. The waves are always present; the radio just isn't attuned to them. When it attunes itself properly, the waves manifest as sounds.

Similarly, when we realize that this moment is truth, then we actualize what we have been all along. Free.
Posted by Unknown at 12:03 PM No comments: