Every moment is fresh, new, and an expression of awakening itself; we simply need to pay attention to it to realize that.

Posted by Unknown at 7:39 AM No comments:

We don't need to uproot or annihilate our passions; rather, we must simply understand them. Seeing clearly reveals that our demons are really only shadows. No exorcism necessary.

Posted by Unknown at 7:56 AM No comments:

Why We Help - Dharma talk

When we assume that we our view is better than someone else's, we can easily fall prey to egoism and dogmatism. If we strive to "liberate" other beings, we can may begin to think that we know what is best for them. "Helping" others, on the other hand, means assisting people on their term and according to their needs.

Introduction and sound engineering by Tom Eunsahn Gartland.
Posted by Unknown at 8:43 AM No comments:

Everywhere is the Center - Dharma talk

We often think that some beings matter more than others. Buddhism challenges this view by revealing that all beings are of the highest value and that no being is any more important than any other.

Posted by Unknown at 8:24 AM No comments: 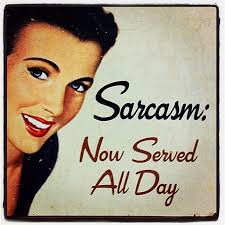 Over these past few weeks I have been trying to bite my tongue as much as possible when I get the urge to post a negative comment about some news update. After all, what good will adding my voice to the babel do?

Then the English teacher in me had a bright idea--sarcasm. The beauty of sarcasm is its indirectness; it bites like a mosquito when you're sleeping--from the side or under the covers. Sarcasm and irony have long been tools for political writers like Jonathon Swift, George Orwell, Joseph Heller, and modern political cartoonists. Saying one thing but meaning another is a powerful communication device that functions by insinuating the truth of its opposite.

For instance, if I say, "Boy, I'm so happy you insisted I come to this party; I just love being around drunk people!" Eye rolls for emphasis. The message is: I'd rather be somewhere else so please stop telling me what to do.

Then I began wondering, how do irony and sarcasm fit into Buddhism's teachings about Right Speech? The Buddha said that we should consider three criteria before speaking:

The last one resonates the most with me. Are we helping anyone when we post a political commentary? Fundamental to speaking correctly is our intention--for whom are we speaking?


Are we trying to help other people or are we just blowing off steam?

If our intention is for the benefit of others, then I think that sarcasm may be a very useful tool in exciting change in people's worldviews. Too much of anything can become excessive. (We all know someone whose every other sentence is sarcastic. This shtick gets old very fast, degenerating into negativity, not wit.). Yet sarcasm in small doses can challenge the status quo. The difference between satire and parody is enormous. The former seeks reform while the latter just mocks.

If the purpose of sarcasm or being ironic is change--to seek justice and equality--then I think that a moderate, skillful use of them may be very constructive.
Posted by Unknown at 9:08 AM No comments: