The myth of the self factory 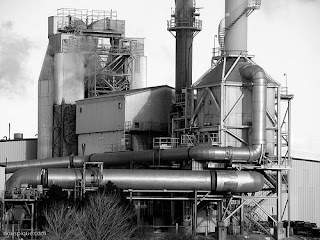 Maybe it's the high school teacher in me, but more and more these days I find myself saying something like, "I'm so glad we didn't have cell phones when I was a kid." Or Facebook. Or hell, the Internet.

Hearing me say this, you would think I was 83 and not 33. Being a teacher will do that to you.

Then it hits me: who I am--or rather, who I think I am--is the result of countless conditions. Call it karma if you'd like, but growing up in NJ in the '80s and '90s, raised in suburbia 30 minutes from New York City as a first generation American--all of these variables influenced my development. I wasn't built in a self factory, but that's how it feels. Like who I am, my identity, self, whatever, is acultural, ahistorical, and unconditional.

The truth is, you couldn't transplant me as a teenager to 2011 without completely altering who I am. Imagining who I would be as a teen today is literally impossible, as I am the living embodiment of countless inconceivable factors. Kind of like the alternate realities that Doc kept talking about in Back to the Future. I am not a stand alone observer watching the world from the window in my head, a cork on the stream of time. None of us are. And yet it sure feels that way.

This is the self myth.

If I were raised today, "I" would not be the same. Who I am, who we all are, has and is determined by a myriad web of conditions stretching into the fathomless depths of space and time. Because there is no essential "I" to transplant; there is only an unfolding process of mutual interdependence. This is Emptiness, another word for conditionality, and yet still another word for interpenetration.

Musing about this time travel scenario illustrates the "self" delusion in its most concrete sense. This self is not substantial or self-sustaining. And it certainly isn't separate, as this little exercise showed me. This, I believe, is what the Buddha was criticizing when he rebuked the self--the instinctive grasping at some core "I" that exists in its own right, intrinsically and independently.

It's a hard realization to internalize, probably the hardest thing I can try to imagine. That's what Buddhist practice is aimed at demolishing--the deluded edifice of the false self.

I've got a lot of work ahead of me. But I'm still damn happy that there weren't cell phones and Facebook when I was growing up.