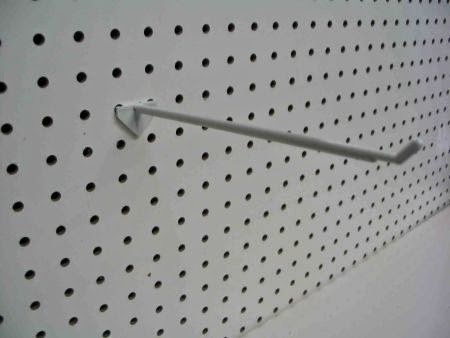 I'm moving in two weeks, so my life is pretty much centered around preparing for the move--attorney phone call, change of address forms, and packing. Yesterday I was in the middle of a workout on my home gym when I was gripped by an urge to straighten some tools in the corner of the basement. Soon I found myself rotating between shoulder presses and boxing painting supplies.

It wasn't a rushed or anxious back-and-forth, but more like the kind we do when cooking several dishes at one time. You stir the sizzling onions, then strain the pasta, check the quiche in the oven... Like that.

I pulled the peg board off the wall, where I hang light tools like a saw and hammer, and began to remove the metallic posts and pegs. The board stands about three feet square, and the pegs were stuck in holes scattered across its surface.

At first I tried holding onto the pegs once I removed them, but there were too many and soon they started falling out of my hand onto the cement floor. Eventually I just let them fall where would.

What I noticed was that pegs made high pinging notes as they struck the floor. Depending on the height of the drop, the peg produced a higher or lower note. Metal pegs and posts rained, and sharp, beautiful notes sounded.

It was everyday music like the clanking of spoons or the singing of birds.

When I was done removing the pegs, the music stopped. I gathered up the pegs, placed them inside of a box, and finished my shoulder workout.
Posted by Unknown at 10:12 AM No comments:

Several months ago I wrote a book exploring Nothingness as the Absolute, entitled God is Nothingness. More often than not, when people speak about the Absolute--either as some unchanging or universal principle--they conceive of it as an extension of Being. In other words, to them the Absolute represents some higher or transcendental reality, perhaps existing on some hitherto unexplored plane of experience, but nonetheless existing in some way. For instance, God is very often viewed as the Supreme Being.

The limitation of this point of view, in my opinion, is that it only covers Being, failing to allow or account for anything larger than Being. I call this Non-being or Nothingness.

More Taoist than Buddhist, Absolute Nothingness is not the opposite of Being; it is its foundation, the very basis of it. Just as life depends upon carbon, so too does existence or Being rely upon Nothingness.

Like the Buddhist sunyata, Nothingness is not a thing. It does not exist per se, for to assert that Nothingness exists merely reduces it to the plane of Being. Nothingness allows for existence, not the other way around. Nonduality, the interconnection or interbeing of all existents, is possible only because of Nothingness.

Sunyata, not a thing any more than Nothingness is, describes how things are--interconnected. And as such, it refers to things, all of which exist. As the Heart Sutra explains, without form, there is no emptiness; the two are mutually dependent.

Absolute Nothingness, on the other hand, does not depend on anything. Everything depends upon it (or its non-existence).

With all of that said, my next writing project is going to explain the role of Beingness. Recognizing Beingness' dependence upon Nothingness does not cheapen existence any more than acknowledging that a baby relies upon its mother; rather, it places Beingness in its rightful place as the manifestation of Nothingness.

Nothingness is the womb and Existence its baby.

As a companion to God is Nothingness, this new book will attempt to delineate how Beingness is the portal through which we realize the Absolute. True practice embraces both Non-being and Being, while simultaneously placing them in their appropriate places. This, to use Zen Master Dogen's terms, is authenticating both the One, as well as the ten-thousand things.
Posted by Unknown at 11:07 AM No comments:

In Thus We Trust - Dharma talk

Posted by Unknown at 7:59 AM No comments: 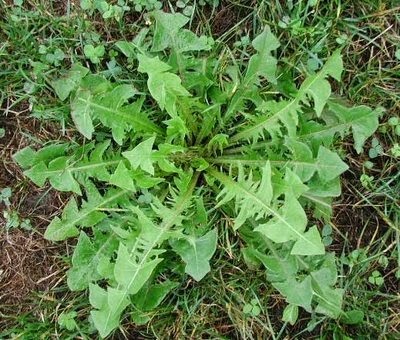 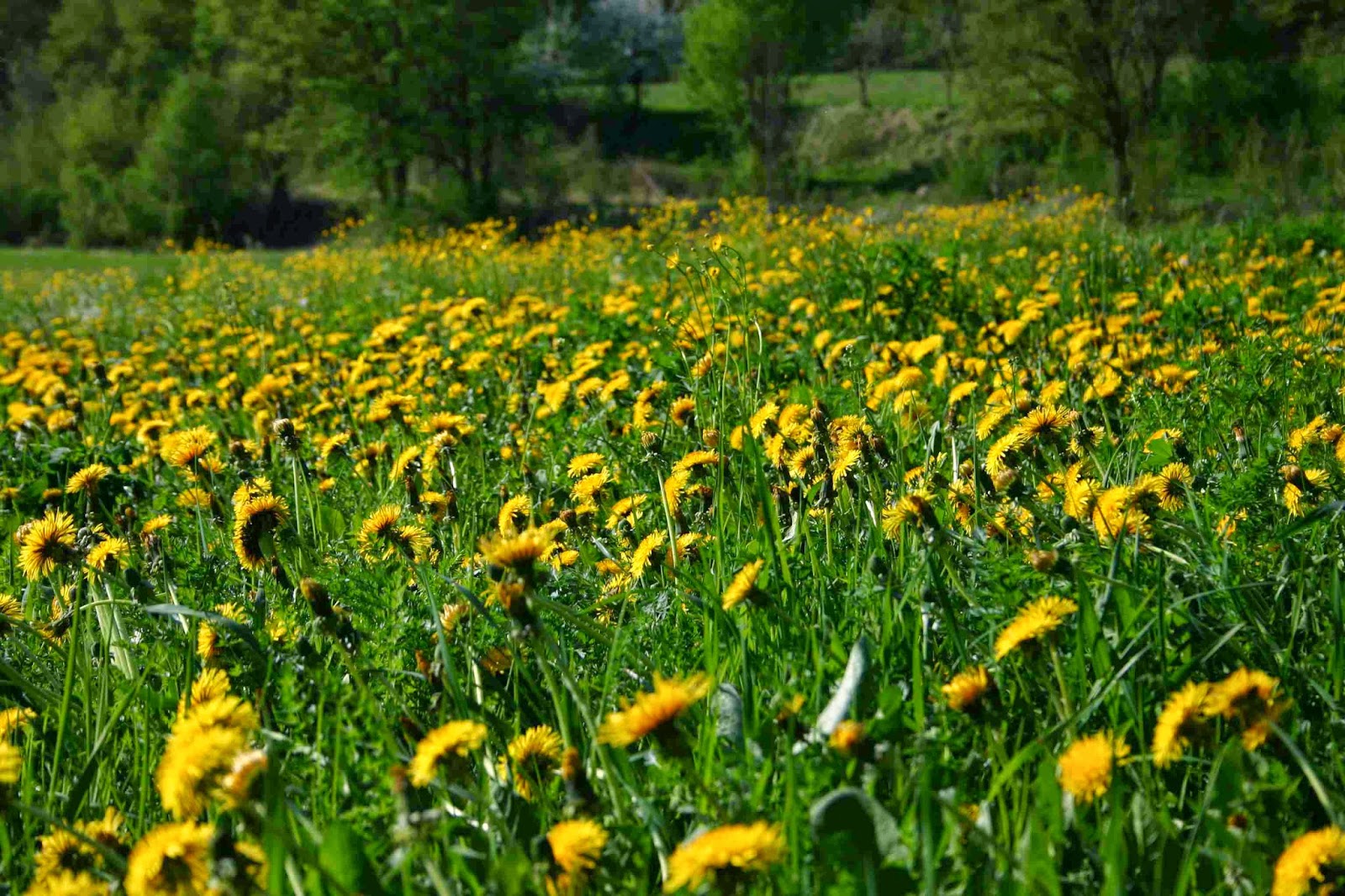 And yet we needn't be frozen into passivity. Weeds can ruin a beautiful garden, choking out flowers or vegetable plants, just as painful thoughts can choke our ability to think clearly and enjoy life. Wisdom is knowing when to weed and when to simply watch.
Posted by Unknown at 8:49 AM No comments:

Like many people this week, I was confused and frustrated by the Supreme Court's Hobby Lobby verdict. But, as a Zen teacher, I began to consider deeply a question that has gnawed at me for years:


Is Zen a religion?

From an outsider's perspective, all of the bowing and chanting definitely constitute what ordinarily passes as a religion. A Buddha statue rests on an altar, the subject of veneration. Candles and incense burn, lending to the air of solemnity.

While these aspects of Zen liturgy/service/practice are the most visible, they are not the bones of Zen. Zen includes but ultimately transcends these.

In my opinion, authentic Zen transcends Zen. It sheds any sense of itself, molting its skin like a cicada, leaving just a fully engaged life.

There is so much talk in Buddhist circles about "practice," but true practice must eventually erase itself. Mindfulness, while the most popular expression of Zen practice in action, eventually dissolves into (at the risk of sounding cliche) life itself.

In other words, authentic formal Zen practice--the deliberate act of being mindful/present/aware, meditating, koan practice, bowing, chanting--becomes no-practice. It loses its self-consciousness and eventually blends into our ordinary lives, not in the usual sense that people mean when they say that "washing the dishes" is practice, for that still stinks of Zen, to borrow from the ancient masters.

These are all expressions of Buddha, but they still contains a vestige of intention.

Zen must completely self-immolate until nothing remains, only non-reflective action. Like the elegant movements of a ballerina or master martial artist, Zen practice flows without getting its own way, completely uninhibited by its own self-awareness. Jazz guitarists don't think about what note to play next; they just play. Or rather, the notes just play themselves.

Life becomes a spontaneous expression of the present moment.

At the risk of sounding biased, true Zen transcends religion because it is nothing special. Religion, after all, means acknowledging something as sacred, which naturally invites the distinction between "that which is not sacred." Zen allows no such duality. When everything becomes sacred, then sacred and profane lose their meaning.

Then there is only scrubbing the toilet, paying the bills, watching TV, unencumbered by self-consciousness, any notions of self/other, practice, Buddhism, Buddha, religion, or Zen. This in no way prevents us from bowing or chanting or meditating; quite the opposite--it frees us to do them as a genuine expression of this moment. They are celebrations of life now.

This is what Bodhidharma meant when he said, "Vast emptiness, nothing holy."

I do not claim that Zen is alone in its sloughing off of itself--any spiritual practice is capable of it, provided it is willing to sacrifice itself--but ultimately any religion that is unwilling to transcend itself is just that...a religion, in the modern sense of the word.

A construct, a thing, or more precisely, an obstruction.

Paradoxically true religion is ultimately no-religion. At least not a religion in any sense that the Supreme Court or Hobby Lobby would understands.
Posted by Unknown at 10:30 AM No comments: