No ONE Reaches Enlightenment - Dharma talk

It's been a while since I posted a Dharma talk. Here's my latest.


No ONE Reaches Enlightenment

Delusion is the belief that there is some "I" inside of our bodies that acts upon a world "out there." In order to wake up, we must shed this false notion of an "I," which is why it is impossible for any ONE to reach Enlightenment--Awakening is sloughing off of the "I" altogether.

Right after he woke up

My teacher told me a story about Zen Master Seung Sahn. Someone asked him if he had seen Little Buddha, the film about the Buddha's life before he reached Enlightenment. Seung Sahn said yes he had.

The student then asked him what he thought about it. Seung Sahn said that he enjoyed the film, but there was only one problem.

"What's that?" asked the student.

I'm paraphrasing: "The film only showed the Buddha's life before he woke up; it didn't show the 45 years of teaching after he woke up. That's the Buddha's true legacy."

Very sharp teaching from Seung Sahn. Most studies of the Buddha concentrate on his life prior to awakening, while Seung Sahn was drawing our attention back to the Buddha's most significant achievement--a lifetime of service teaching the Dharma. Now that aspect of the Buddha's life is truly impressive.

To make a bit of a detour, I have been thinking more and more lately about a period between the before and after--the days or weeks between his Enlightenment and when he began teaching.

Some versions of the story cast the god Brahma petitioning the Buddha to teacher, despite the Buddha's reluctance (Samyutta Nikaya 6.1). The Buddha hesitates to teach because,


"This Dhamma that I have attained is deep, hard to see, hard to realize, peaceful, refined, beyond the scope of conjecture, subtle, to-be-experienced by the wise. But this generation delights in attachment, is excited by attachment, enjoys attachment. For a generation delighting in attachment, excited by attachment, enjoying attachment, this/that conditionality and dependent co-arising are hard to see. This state, too, is hard to see: the resolution of all fabrications, the relinquishment of all acquisitions, the ending of craving; dispassion; cessation; Unbinding. And if I were to teach the Dhamma and if others would not understand me, that would be tiresome for me, troublesome for me."

What was the Buddha thinking during this period? I mean, really thinking. I don't subscribe to celestial beings and so I read this entirely allegorically, Brahma representing the Buddha's compassion for the world.

So what really happened during those days or weeks? As the sutta passage above conveys, he must have been conflicted, torn between whether to go off and live the rest of his days in seclusion like a forest sage or teach. For me, this represents a very human moment in the Buddha's life, one that is often overlooked. I am very interested in what this great man and teacher's life was like in this missing period of his life.

It would make a great fiction book, similar to Thich Nhat Hanh's Old Path White Clouds. Who knows, maybe I'll pen it someday.
Posted by Unknown at 9:23 AM No comments:

Our editor has just finished the second newsletter for the Original Mind Zen Sangha. Click here to read and download.

Thanks Jonson and all who contributed.
Posted by Unknown at 11:46 AM No comments:

Metaphysics can be just plain silly

No more metaphysics, that's where I am. The differences in world traditions arise from metaphysics--theories in behind-the-scenes structures of reality. Chakras, energy waves, levels of consciousness, souls, deities, planes of existence, bodhisattvas, angels, elves, pixies, The Force--these are all theories or frameworks that people develop to explain the fundamental underlying reality.

Whenever I encounter a new metaphysics, my western, scientific upbringing makes me ask, "Of all the ways that existence could be structured, why that way?"


Seriously...an ethereal spirit that flutters from body to body?

It's no coincidence that someone else's metaphysical belief system sounds ludicrous. That's because they are all sheer imagination because words or ideas cannot capture the reality that precedes words and concepts. Therefore any metaphysical map is just that--a map, a representation. In that way, it's all fiction.

Granted, some maps are better than others, but why argue over which system is better if they are all simply representational?

To heck with all of them. I'm not saying to give up the practice, just the theories. Give up the concepts.

In Korean Seon (Zen), students ask, "What is this?" until they find the answer. There is no need to speculate. Find the answer. It could take 15-20 years, but at least it's time spent investigating what is here, rather than some pet theory about Storehouse Consciousness or some other theory that is impossible to prove.

Don't waste valuable time squabbling over who has the better interpretation.

Practice until you find the answer.
Posted by Unknown at 5:16 PM 1 comment:

The Mirror and the Mani Pearl 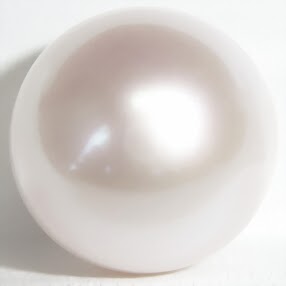 Zen often uses the analogy of a mirror to explain the function and nature of the mind. A mirror has no color of its own; it simply reflects the colors that appear in front of it. When red appears, the mirror turns red. So when an object such as a a cloud or flower appears in our consciousness, a clear mind does not embellish or add to them. It simply reflects their content.

Similarly, when anger appears, the true function of the mind is simply to reflect the emotion. Since the mind is clear with no nature of its own, like the mirror, it becomes red when red appears. This can be seen in the Zen approach to emotions. Teachers often instruct students, when they are angry, to be fully angry; allow no gaps between oneself and the anger. In other words, become the emotion (which does not mean act upon it) so there is no separation between one's mind and the experience.

To continue the mirror analogy: this means that, in a sense, the mirror's surface is red. The implication is that, since Buddha is Mind, whatever appears in the mind is it. It's all the truth. This represents the predominant approach to mind found in Zen schools today.

There is, however, another, slightly different metaphor--the mani pearl. This pristine jewel, while having no color its own, reflects the colors that appear in front of it, the same way that the mirror does. However, while the mirror becomes red, the mani pearl maintains its luminosity. In other words, it does not become the color it reflects.

The mani pearl remains pure, clear, serene, and luminous; for it never fully becomes the colors that it reflects. Its surface simply adopts the colors, without becoming them.

These two analogies reflect (pardon the pun) very different positions in respect to practice and soteriology. For instance, the mirror implies that there is no intrinsic nature to the mind; therefore, the mind becomes its content. While the mani pearl metaphor argues that the mind does possess a nature of its own that allows the mind to resists becoming its contents. That nature is clear, vast luminosity.

The former tends to exemplify dependent origination (the teaching of emptiness and interdependence); the latter, nature origination, which advocates that the Absolute (personified by the mind) is the fundamental basis and source of all phenomena.

I am currently working on a book about nature origination and its implications on Zen practice. More on that soon.
Posted by Unknown at 7:35 PM No comments: