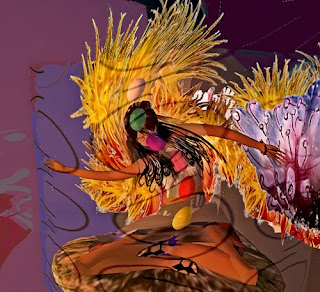 I'm currently reading Paul Williams' magnum opus Mahayana Buddhism: The Doctrinal Foundations. It's a fascinating read, packed full of information regarding the development of Mahayana. I'm about halfway through the book, and what I've begun to find is that as Mahayana evolved throughout its several-hundred-year development, its metaphysics grew increasingly more complicated.

From the Cittamatra's "mind only" philosophy (Buddhism's brand of idealism) to the Tathagatagarbha sutras' Buddha Nature, I find Mahayana writers/philosophers becoming more and more concerned with metaphysical speculation. Subtle and causal bodies, storehouse consciousness, dharmakaya/Tathagatagarbha/Buddha Nature, all of these seem to delve into the territory that the Buddha warned us about--metaphysical speculation. On many occasions, the Buddha cautioned us about getting caught up in philosophical quandaries, such as "Is the universe infinite?" "Do we have a soul? Is it eternal?"
To quote Stephen Batchelor, in the Pali Canon the Buddha repeatedly said, "Don't go there" to these types of questions. And yet, it seems to me that this is exactly what these Mahayana philosophers were doing. They were debating and speculating about ethereal bodies, the Self, etc.; meanwhile, the arrow of suffering is still buried fast in their legs. The danger, of course, in all this philosophizing is that we're just creating another object to cling to. Mental candy.
Perhaps I am being reductive, but what strikes me as the ultimate slate-cleaner regarding metaphysics is the fact that most of these philosophies don't agree. And since they can't all be correct, reason tells us that, in every place except in bizarre Quantumland, all but one of them must be wrong (unless you argue that they're all different ways of expressing the same thing--a form of upaya--a proposition that I'm growing leery of accepting).
A good question to ask is whether these paradigms are useful. If so, then use them, but don't grow attached to them; they're simply models of reality, not reality itself. When you're done with the raft, the Buddha says, you discard it. If they're not useful, if they're just causing us to run around in circles creating more and more theories, then I think we already have our answer.
Zen tends to avoid all this, in that it demands the immediate engagement of life as it is. Right here, right now. No philosophizing. "If you have a subtle body," a Zen master would say. "show it to me." Uhhh....
Exactly.
I don't intend for any of this to profane, but rather to express my own difficulty in synthesizing these later Mahayana developments into my practice.
For me, the Buddha always returned to the same project--relieving suffering. The way to do that is to stop clinging. And for the life of me, I can't see how positing some subtle ethereal body or complex metaphysical cosmology does that. To me, that's just another example of people getting caught in the cycle of speculation, a form of mental grasping.
What do you think?
Photo borrowed from Creative Commons flickr user: sand dragon.
Posted by Unknown at 7:01 AM