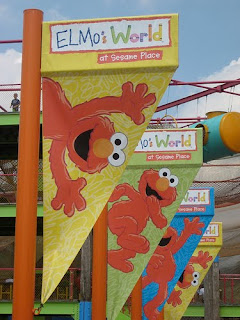 I visited Sesame Place with my family the other day. For those of you who don't know, it's like the Sesame Street version of Six Flags, a watered-down version of Disney Land. What intrigued me the most about the trip was seeing parents from every ethnic background--white, black, Latino, Asian, Indian--all with the same purpose in mind: making a child happy. There we all were, in 90+ degree heat being dragged around by pint-sized kids. Talk about shared humanity. In the end, we're not that different after all.

Then I realized that the entire scene was a great metaphor for human experience. The kids are dragging us around, but they themselves are being driven by desire--that insatiable, unnegotiating child-like craving to possess something, whatever it may be. When I'm in an especially crusty mood, I like to joke with my wife that our children are "need machines." And in a way that's what children are (at their worst; they're also amazing too): the moment they're gripped by an impulse, they need to satisfy it. There's no negotiating with them; they need it NOW. At Sesame Place, this craving was only magnified by all the excitement, flashing lights, costumed characters, and rides.

Metaphorically, the kids dragging their parents around are like the human ego--that blind need to possess something, someone, or some experience. For as as much as I would like to think that I'm more mature than a five-year-old, the truth is, when I want something, I too want it NOW. And truth be told, the things I crave--books, knowledge, a full head of hair--are not any more reasonable than what my three-year-old daughter desires. And when I don't get it, I get angry, just like she does. I may not stamp my feet and have a full blown temper tantrum, but I'm not above a little sulking if it'll get me my way. 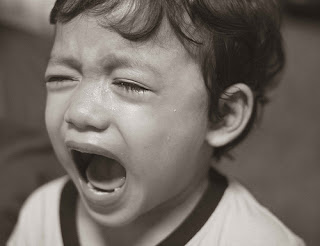 Humans--like the parents at Sesame with their children--are dragged by their attachments. This is the Buddha's Second Noble Truth. We're at the mercy of our grasping minds, hijacked by greed, craving, and egotism. It's the human condition, and the reason we suffer. So what's the cure? Mindfulness, awareness--the Eightfold Path. But you can bet your bottom dollar that I didn't find any hint of that at Sesame Place!

All and all, I found the trip to be very interesting. It was like a little window into human nature.