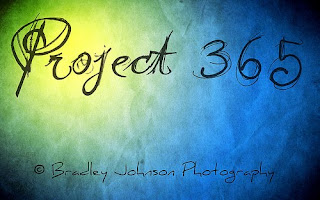 Sometimes it feels like I'm amassing an army of Buddhist books and knowledge. I'm a total book junkie, and the moment I spot a title I don't own, I snatch it up. For many months, I would devour one Buddhist title after another. Once I discovered an aspect of the Dharma that I wasn't familiar with, it felt like there was a gaping hole in my heart and the only way to fill it was to read another book.


Something tells me I'm not the only one who feels this way. Chalk it up to American consumer culture, human nature, whatever, it's a prime example of dukkha, what the Buddha identifies as the universal human condition. A pervasive dis-ease, as if something is wrong, but is so subtle that we can't place our finger on it. Whatever we are doing, wherever we are, it's either the wrong activity or the wrong place. We yearn to be doing something else somewhere else with someone else.

That's how it feels when I'm reading Buddhist books. Whichever titles I'm currently engaged in feels banal (usually, although there are time when the book is exceptional and I wished it were 100 pages longer) while the next book on my menu stares seductively at me from my bookshelf. If only I could finish this damn book and move on to the next one, because I know that one will be....

The great irony of course is that I have turned Buddhism--the path to Awakening--into another project. Zenterprise, I call it. And if you open a copy of your favorite Buddhist magazine, you'll see pages promoting just that--adding another head to the one you already have. We swap one obsession for another.

My teacher recently pointed this out to me when I mentioned the next book I wanted to read. He asked, "Why do you want to read it?" I was struck dumb. Why did I want to read another translation of The Gateless Gate? It was such a simple question, but for some reason I couldn't answer it.

Well, that's not exactly true. I could; I just didn't like the answer. I wanted to read another Zen book because that's what good Zen students do, right? They meditate, stay mindful, and study. But in reality I was trying to amass a body of Zen knowledge so that I would be prepared in the God-knows-when future to answer God-know-what question.

I had made a project out of Zen. Zen isn't about how many books you've read, how many sesshins you've attended, and it sure as hell isn't about how much you know. Now there's nothing wrong with these things, so long as we don't get hooked by them. And hooked I was/am.

To my mind, Zen is about how you live your life. Are you awake in what you do--not only on the cushion but during the other 16+ hours of the day? Are we compassionate? Do we act skillfully, with wisdom? Or do we get caught in unnecessary dualities of self and other, good and bad?

It's so easy to get sucked into the Zen politics and forget that Buddhism is a medicine. When you're sick, you take it; when you're not, you stop. Don't get attached to the medicine. The forms, rituals, and practices of Zen are skillful means to help us awaken. But if we're not careful--as I haven't been--then we can get addicted to the very medicine created to set us free.

But every moment is a new one. We can wake up at any time. Now, thanks to my teacher's help, I see what I'm doing, how I've replaced one mental construct for another. First it was my obsession to become a fiction writer, then it was to become the model Zen student.

Does this mean that I'm abandoning Zen? Hell no! It means I'm going to practice even harder, to stay even more vigilant. The mind is a sticky thing that will attach itself to anything; it's a master of co opting and turning anything into an object of desire. That includes Buddhism itself.

If the path to Awakening means letting go, that means letting of go Buddhism too. It's tough, painful and disconcerting at times, but a necessary step, I think. Or at least it is with me.

Thanks for reading. Have a great week.

Deepest thanks to Rev. Lynch for his insight, patience, and help. You're a true Bodhisattva.

Photo borrowed from Creative Commons flickr user: Bradley.Johnson.
Posted by Unknown at 7:31 AM